Painting a Toyota Camry live July 8th and 11th at the Denver Art Museum with a floral motif to highlight the current exhibition IN BLOOM.

Thanks to the support of Your Hometown Toyota Stores, the DAM is able to leverage Free First Saturdays to continue its role as a pioneer in education programs that encourage individuals and their families to interact with the museum's collections in innovative and meaningful ways. The museum's programs on Free First Saturdays reflect our commitment to connecting people to art in ways that are personally relevant, enjoyable, and memorable. Your Hometown Toyota Stores share this commitment.

A Survey of Contemporary Art in Colorado

Contemporary Colorado is the inaugural exhibition in the new Curfman Gallery. Boasting 50 works over 30 of Colorado’s top artists, this exhibition was juried by the MCA Denver’s Nora Burnett Abrams. 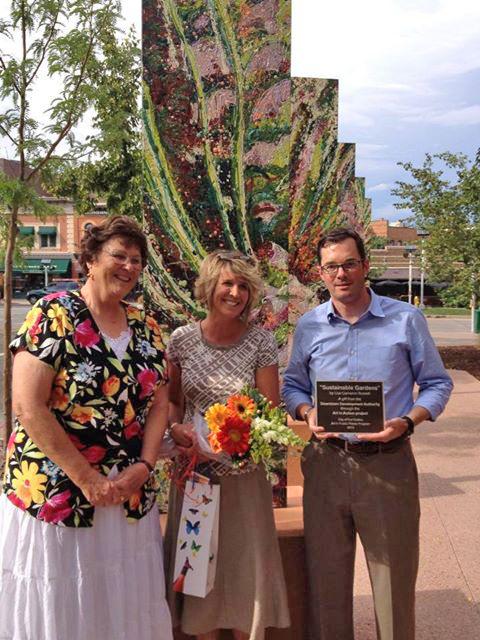 A Fort Collins artist chosen for a new "Art in Action" program in Old Town Square has begun work on her project, five steel panels painted with wildflowers and pine cones. Lisa Cameron officially began working on the north end of the square Monday, setting up the panels and her paints, and then filling in some of the solid background colors. Cameron paints in a "drip" style, first painting with large blocks of colors and then drizzling paint over that to create images. One side of each of the panels she's painting will show wildflowers, and the other sides will bear pinecones. When viewed from an angle, the panels merge to form one larger image.

Downtown businesses are funding Cameron's project through the Downtown Development Authority property tax. Once complete, the panels will be installed within the DDA boundaries and a new artist commissioned for next year, DDA project planner Anne Aspen said. On Monday, Cameron's work quickly drew curious onlookers, which is exactly what the DDA was hoping.

"I think it's a great idea," said Cathy Stewart, a Vermonter visiting family in Fort Collins, as she and her daughter watched Cameron's progress. Stewart said the art project is just another reason why she and her daughter, Amy Hammond, 16, were enjoying Old Town so much, in addition to the mix of shops and friendly people. "I'm really curious to see where she's going to go with it," Stewart said. "We'll have to come back down in a couple of days."

Cameron said she's done other public art projects before but none for so long or in such a highly visible location.

Aspen said the DDA is considering whether to relocate Cameron to the south end of the square, where the Transcends statue currently sits. The statue is being moved but likely not for another month. The DDA said it wants to move the statue to make room for future Art in Action projects, although Transcend was intended to be a permanent installation.

Cameron will paint during varied hours over the next month to let morning, afternoon, evening and weekend shoppers have the opportunity to see her work live. 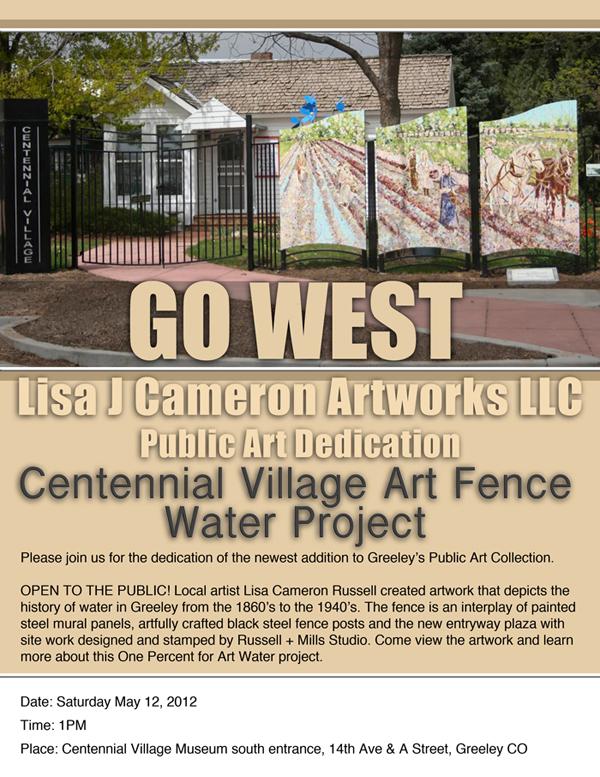 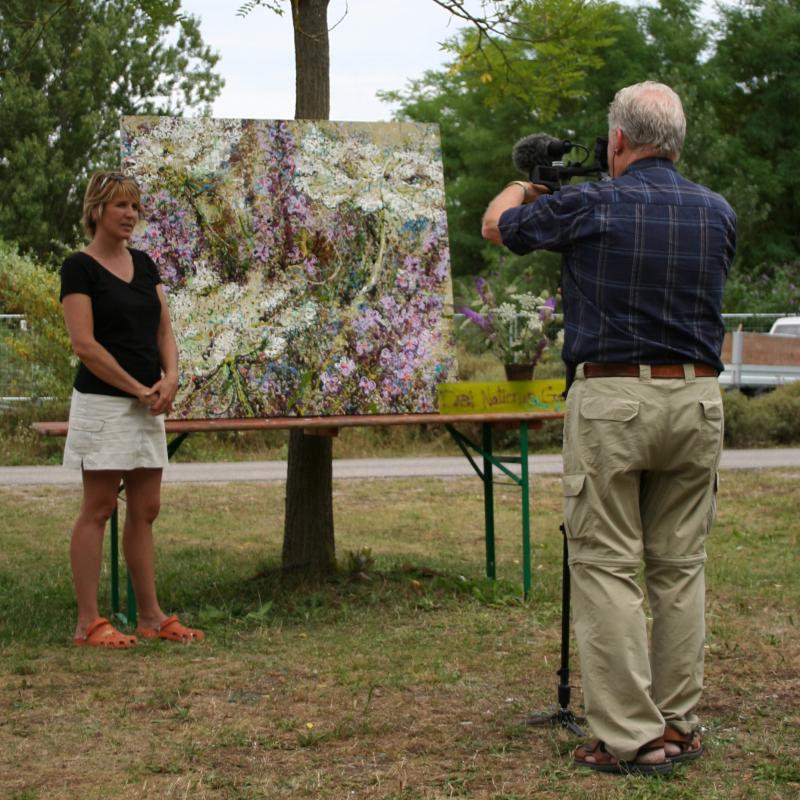 I created the artwork on location during the International Invitational Open-Air Symposium Weil am Rhein Germany. Painting on board constructed canvas, I interpreted images of local butterfly bush flowers and Queen Anne’s Lace. Festival attendees watched the building of all art projects during the week long event. It was fun to watch patrons learn how to view the painting. They would step back and see it come into focus and smile. 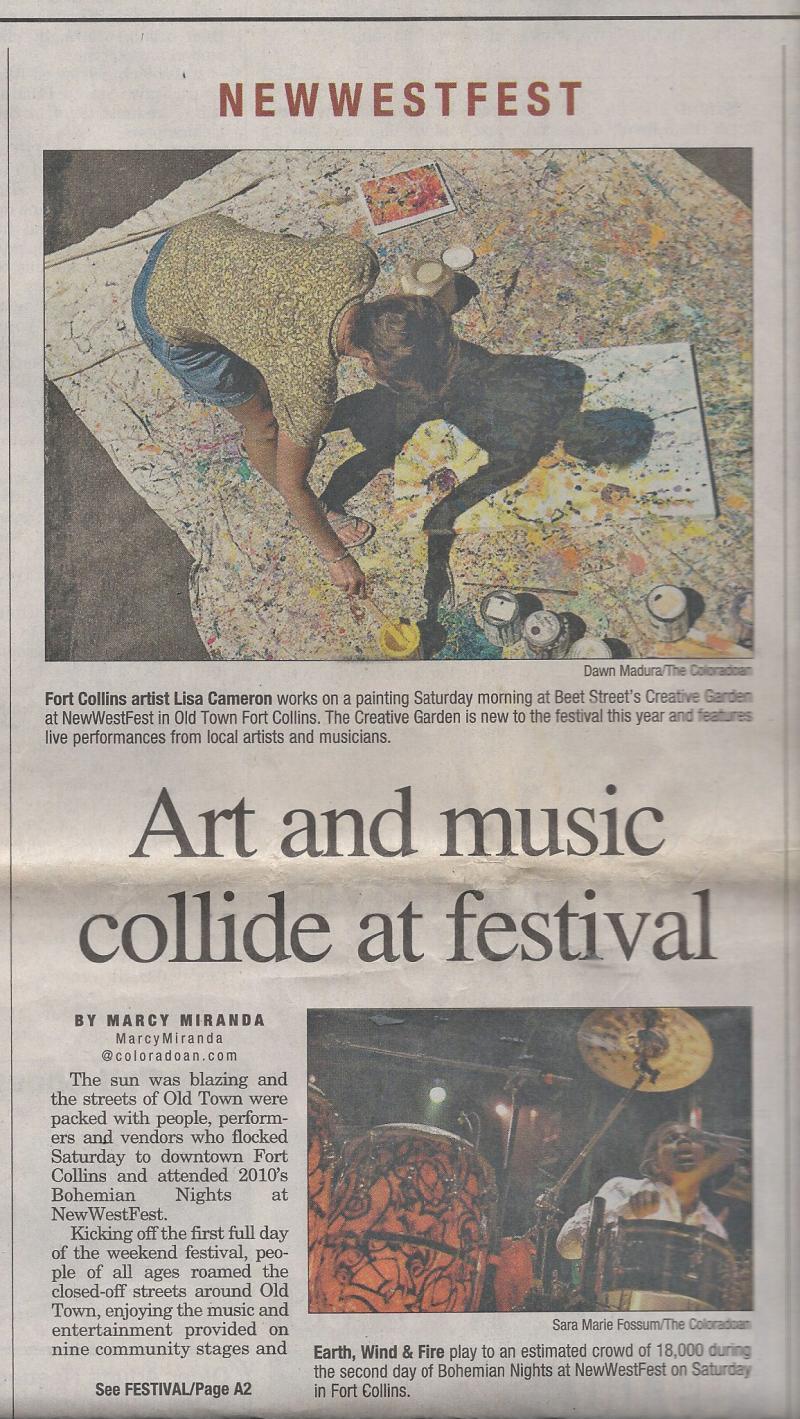 Art and music collide at festival

Photo and Story by Libby James

Audio interview with Lisa as featured in re:BEET e-news for the week of 03-10-10 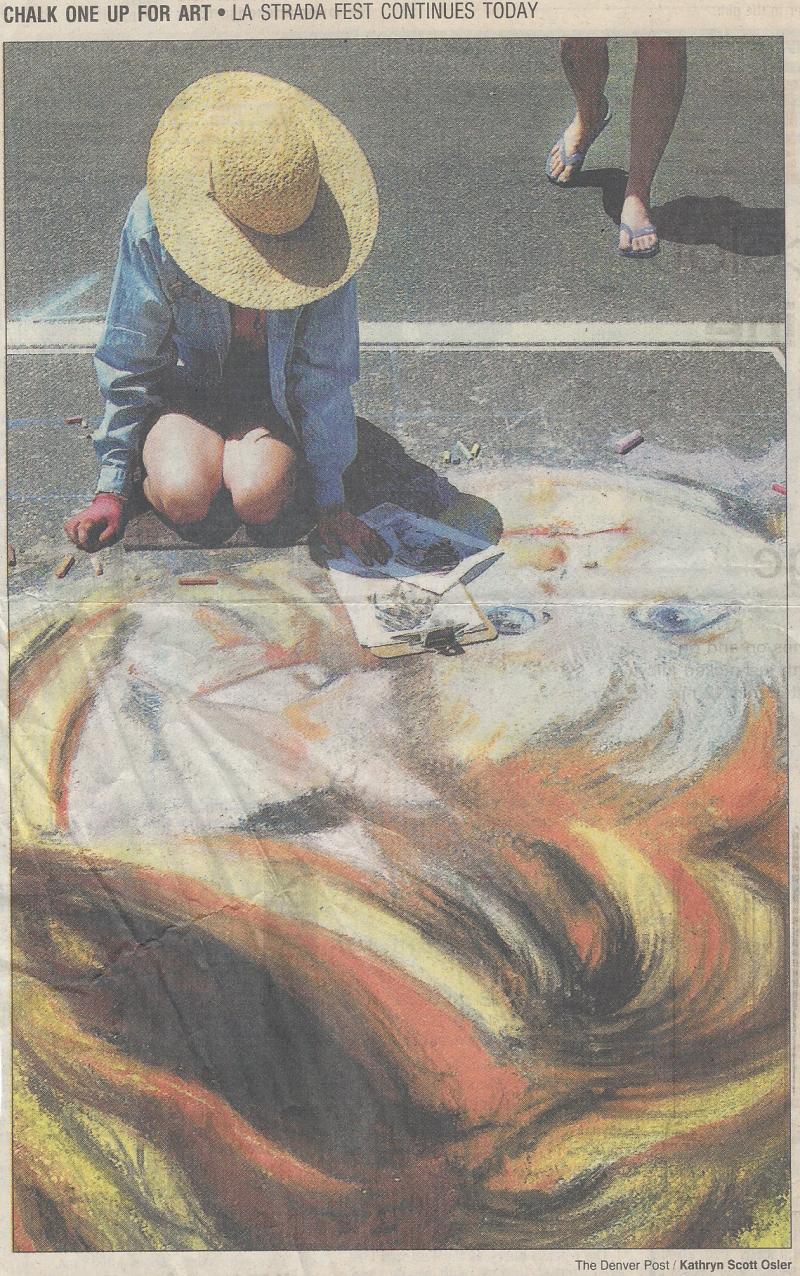